Current exploits of the XPAG engine.

A blistering fourth run saw Peter take the lead in his class by over 2 seconds.  A time that would stand as the winning time of the day, 1st in class and a new hill record. 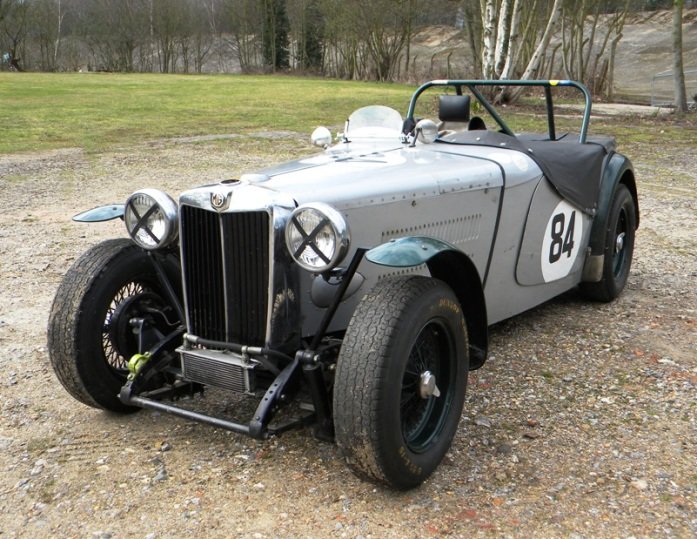 Because of the cars age.  Post 1939 it was placed in the race with some very fast cars.  Mini cooper, Lotus Cortina, Elva, Triumph etc.  The Nickri placed a surprising 5th on the grid and from the start pushed the the leading cars for the first couple of laps.  By lap four the front three were starting to get away but the Lotus Cortina was chased, pushed and eventually over taken by the Nickri.  A splendid result mixing with some very fast machinery.

This MG TF was original campaigned around the British circuits by John Clark, back in the 1980s.  After a long lay up / rest Peter purchased the car and restored it to race condition.  Refitting the removed 1500 XPEG engine, now fully rebuilt to Peter's race spec.

This MG has achieved fastest lap, outright wins, driver of the day awards and a couple of handicap sprint trophy's.

Peter entered the MG TB into a rare rerun of the classic Tewin sprint.

Over 80 cars filled the different classes through out the day.  Everything from the chain driven Nash's through Mini Coopers, Ford Escorts, Caterham 7's, MGB's and Midgets.

Not only did did the 1500cc XPEG achieve a Pre 1939 class win but went on to drive a blistering third run of the day to achieve overall fastest time of the day.